That thing that kept me so busy from September till mid November...

So, I'll start off by saying this isn't cute. This isn't sweet. It's not pretty. It's Halloween. 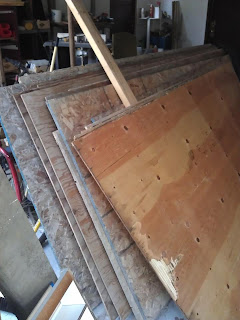 Well is was a few months ago. Following fast on my sons' first birthday and the fan expo convention, Halloween was the next big thing to get in the way of all my usual crafting and occasional blogging. 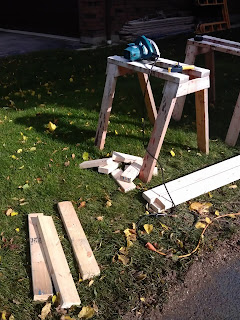 Now as you may have seen from my last post. I love me some horror movies. And  I love Halloween. Thanks to some memorably tricksie neighbours I had as a kid, there long kindled a love of the scare in me. 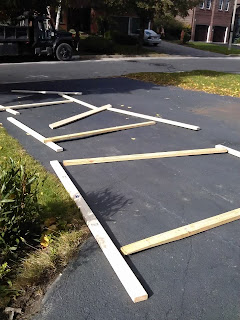 Some of my favorites included the man next door who one year sat in a chair next to a candy bowl looking like a really bad over stuffed dummy.  Until you tried to reach for the candy that is. Now yes, I remembered being scared. But it was almost a literal scared silly as my friend and I ran away screaming and simultaneously giggling like idiots. 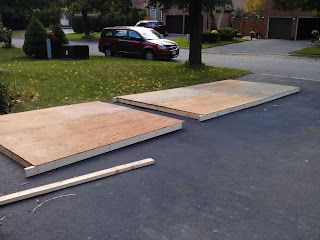 Then another year, funny enough in the same duplex but the other side, we walked up to the door as normal, rang the bell, and then prompetly ran away screaming our heads off as the door slowly opened (seemingly by itself) and a big towering Death himself; big, deep hood missing a face,  boney hands outstretched toward us, approached the entrance. Accompanied by the appropriately creepy music. 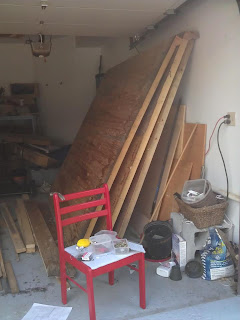 The real kicker though was when I was 9. Or some time around there.  For week and weeks before Halloween, thinking I was old enough to handle a haunted house, I begged my mom over and over to take me to a haunted house.  My home town had a few big ones that well really well known in the area. And after much pleading she finally caved.

I was so excited standing in line.


I didn't know what I was thinking.


Why I thought I was ready for this.

But as the cast in makeup and masks started walking up and down the waiting line, I quickly found out I wasn't. Some of the makeup was so good I was soon bawling to be taken home.

My mom, to teach me a lesson, wouldn't budge.

It wasn't until on of the cast came over, came down to my level, and started trying talking to me. Her makeup was a really well done bunch of prosthetic pieces (as I can remember it anyways) that had the whole empty eye socket and melting skin with boney face effect.  One that had me particularly pee my pants scared.  But she explained the makeup. She offered to let me poke it to see that it was just rubber and paint. She told me about herself and a bit about the haunt. She gave me the little peek into the backstage of haunts and I was sold. I spent the whole walk through the haunt marveling at the makeups and effects rather than paying any attention to the haunt itself. 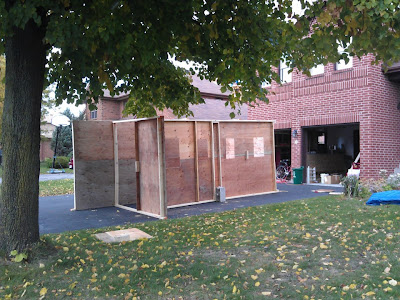 Now, keep in mind, I wasn't allowed to watch scary movies till I was almost 17.  And I'm talking things like The Crow or Silence of the Lambs. The real heavy stuff, (ghost or slasher) I didn't see till I was almost 20.  But I have found that I gravitate more towards the creepy than the gory.  Well, unless it's zombies or comedy then gore is all good. Like Shaun of the Dead or Zombieland. Dead Alive.  They are a bit more wacky than serious.  Or if it's over the top and splashy like Freddy or Evil Dead.  But if the gore is surgical or precise cutting,  I'll spend more of those scenes with my face in my hands.

But no, instead, give me a good ghost story. Something to make me jump in my seat. Give me goosebumps and a sudden desire to sleep with the lights on. Maybe it's the adrenaline rush, ,who knows, but those are the kind of horrors I enjoy.  (Hey, there are worse things to be addicted to I guess.) (FYI: Asian horror corners the market in awesomely creepy ghost stories!) 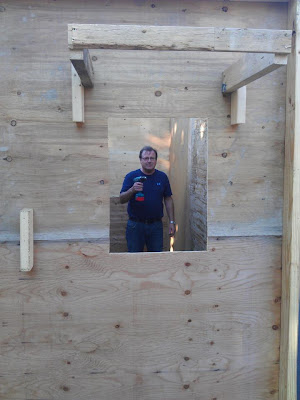 I swore to myself that some day I would build my own haunt.  And I got older. And things got in the way. Life got in the way. Then I ended up in Canada. (that's the really really really brief version of ages 10-24) There I got involved with the zombie walks and found I had a knack (and love) for the scary makeup fx used.  A few years later we bought our house and I thought yay!  Halloween will be so much fun!  But nothing happened. I didn't know where to start.

Then I met Rick.  While doing makeup on some student for a teacher friend of mine for halloween 3 years ago, Rick, seeing one of the students in the halls came and tracked me down and asked if I'd be interested in doing makeup for his haunt.  Turns out Rick, of the Leacock Haunt, has been building a haunt in his driveway (well now in the middle of his cud-a-sac because it's gotten so big)  for over 20 years now.  On top of that he was collection non perishable food as a ticket to go through and then donating it to the local food bank.  I apologized as I'd just picked up a seasonal job as a costume/party supply store for Halloween and wouldn't be available but that I loved the idea and to keep in touch for the next year. 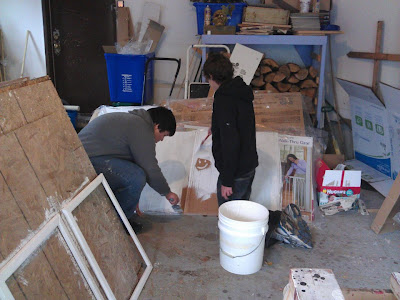 Next year rolled around and RING*RING. Do I want in?  We got to talking about my love of haunts and horror and my longtime dream and instead we worked out a trade.  I help teach his people a few makeup tips and tricks and help make some small prosthetic pieces and in turn he came over and helped me build my first driveway haunt.

It was great and the neighbours loved it.  So when Halloween rolled around this last year I HAD to do it gain.  This time he didn't help with the build, but he looked at my ideas and helped me come up with a plan and gave me tips on how to build it. He also helped me gather my wood as he had a truck and I didn't.

Most of my plywood was gathered (with permission) from the junk piles of local subdivision construction sites. The 2x4s were bought cheep at home depot from their culled wood pile (anything with imperfections like mold or knots or warps).  I was supposed to build some props and special FX for him in return but his haunt didn't make it this year.

Hurricane Sandy had managed to blow her winds all the way to Canada and he had to take down his walls.  Me, I was too stubborn. I tarped the heck out of my frame work and prays for the best.  It was build strong enough to stand up to the wind but it was the rain the caused the most damage. 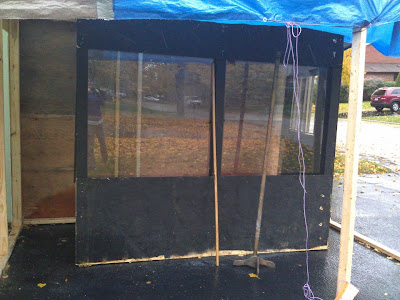 Even with all the layers of tarp, the cardboard ceiling still got leaked on and caved in in some areas. But in the end she pulled together last minute with the help of some amazing neighbors and friends.

Doesn't look like much from the outside does it?  Care for a tour? 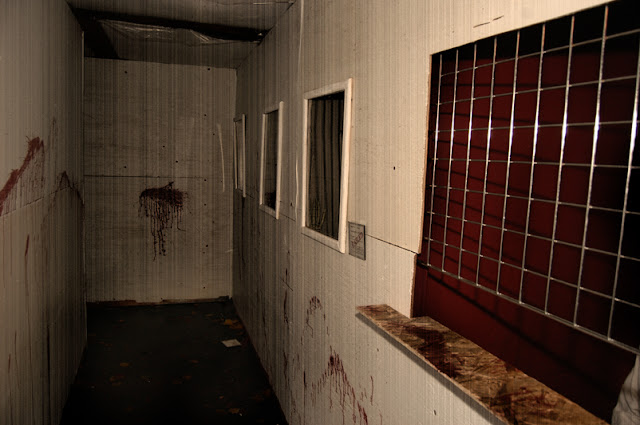 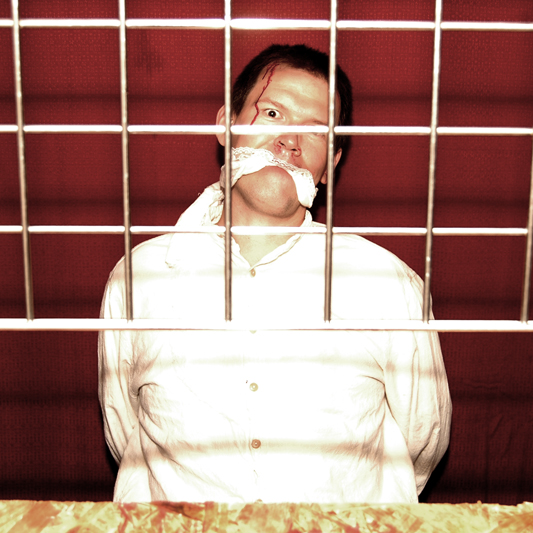 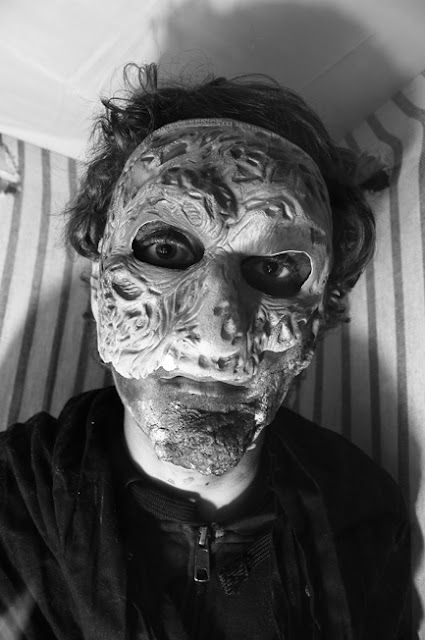 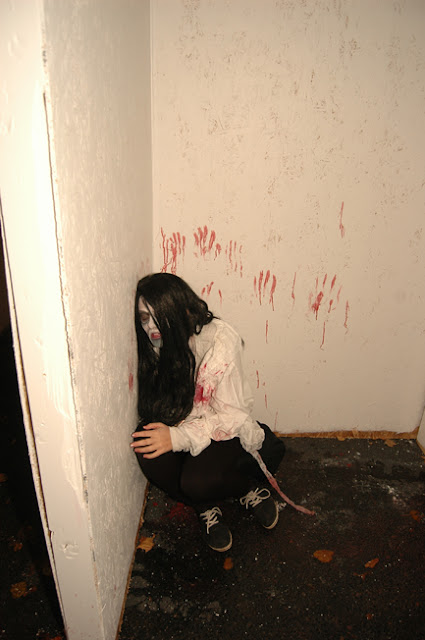 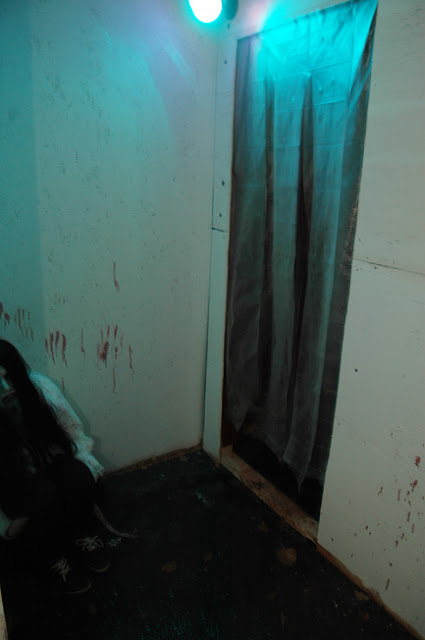 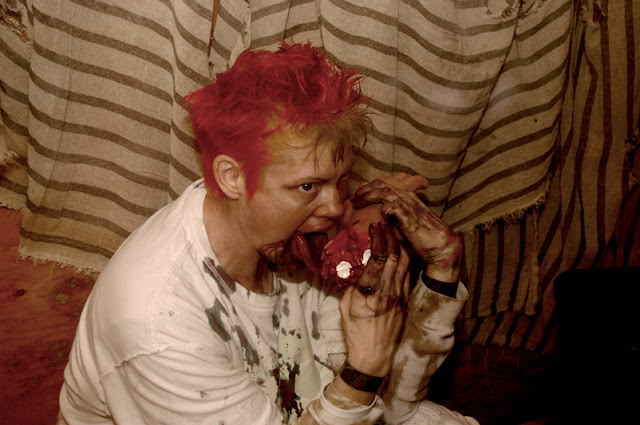 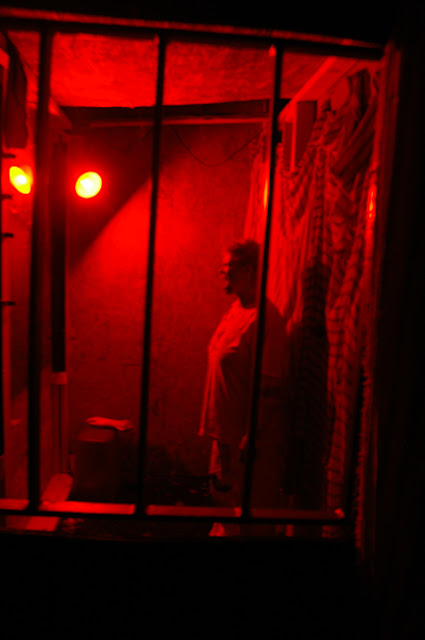 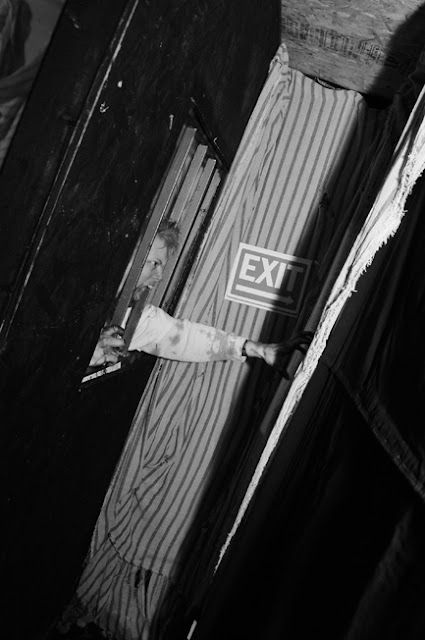 This year I also put up signs to let people know to bring food donations in order to go through the haunt.  And it worked.  And my neighbours thought it was great and I even had some saying they wanted to help next year!

And there you have it.   I learned a lot of do's and don'ts this last time around.  Like PLAN AHEAD.  And start lining up help and cast LONG before I start building.  Not a month before Halloween.  And to expect and plan for the worst from mother nature.  Also, I think this year my idea kind of got away on me.  Next year I think I will try to keep it a little more simple.

So!  Onto the next project!  Un-burying my craftroom again because during all this madness it because a dumping ground for sluppies and things that needed to be put away.   Hopefully my next post will be of a slightly sunnier topic.  I hope I didn't scare too many of you away with this one. ;)