What is a Whovian? 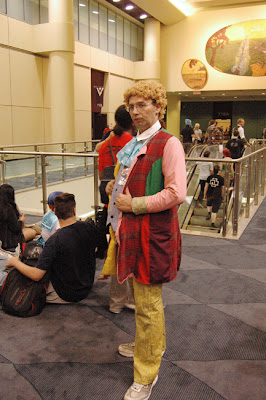 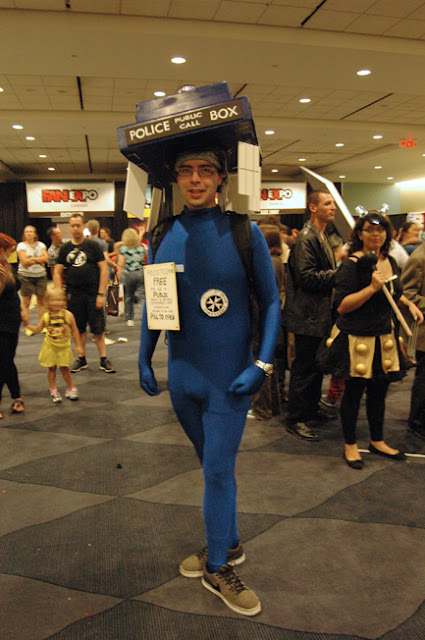 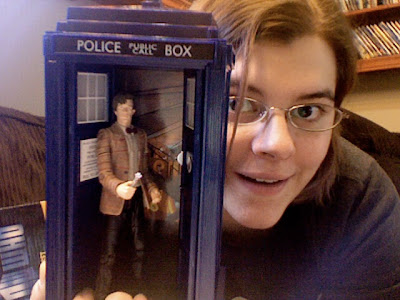 I love my crafting and art and all that is creative, but at heart I am pure geek.  From anime, comics, and manga, to gaming, star trek, and most definitely DOCTOR WHO! My husband introduced me to it when we first met and I have fallen head over heels in love with it. Old and new,  I love it all.

So this year when fan expo came around and I found out that some of my fav celebrity geeks were going to be there including the one and only John Barrowman of Torchwood (a spinoff of Doctor Who) I couldn't resist the urge to make something extra special to wear.

So enter, the Tardis skirt.

*Note: A Tardis (Time And Relative Dimensions In Space) for those that don't know, is the Doctors' machine that travels anywhere in time and space.  It's bigger on the inside....

Now, many people, as you saw above, do go out of their way to make crazy outfits for these conventions.  I decided to go a little more subtle so that I could still wear my skirt out in the every day world without it looking too costume. Of course, that did backfire a bit as it was so subtle many people didn't even notice it and those that did double took when they suddenly realized it was there. But I still got a good number of thumbs ups and compliments and even one person asked where I bought it, so I was pretty proud.

(And yay!  Photos because these have were taken with my phone and have been sitting on it since!)

It started with some Value Village shopping.  I found the perfect dark blue denim. And for the white I snagged an XXL white denim skirt which I am saving the left overs of for a future project.  Then off to fabric land to find myself some blue fabric to go with it. I think I could have gone a bit brighter as it blended in a little too well but, meh, oh well.

Step one: I figured out how wide I needed to make the panels.  since I didn't want them too thin I opted to shorten the number of panels by one row.  Looks a little stunted compared to an actually Tardis but it was the only way to make them look proportionate. 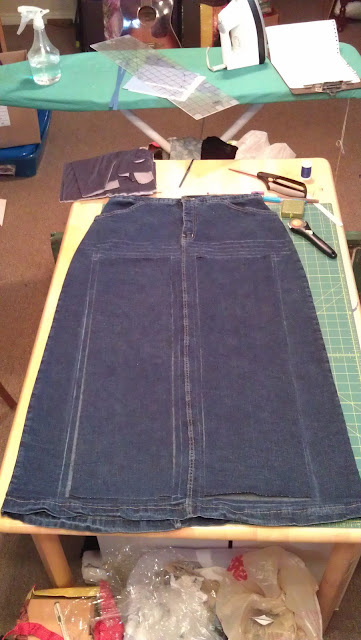 Next (not shown) I planned out the width of my blue strips and white panels and cut accordingly.  I also was able to use the long panels I cut out of the skirt for some of the smaller panels.  Here you can see the denim bits all laid out on the blue fabric for planning. 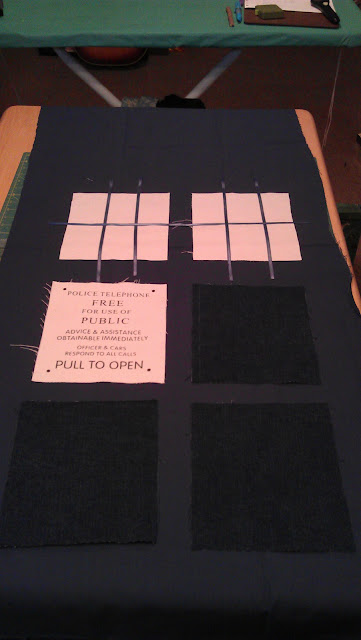 Next I sewed some blue ribbon onto the white window panels.  Then using a modified version of this technique here (I couldn't find the freezer paper so I made my own sticker like paper using card stock and spray glue) I printed the Police Telephone sign onto one of the denim squares. 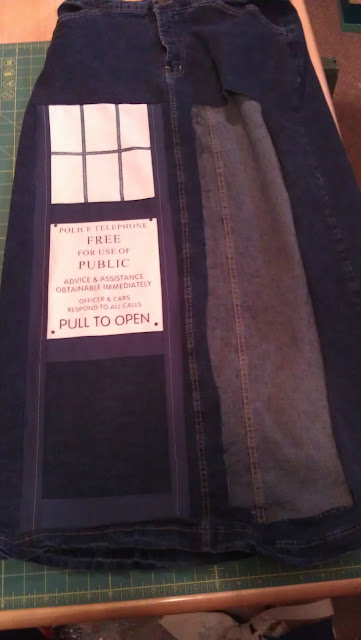 Raw inside edges that later got zigzag stitched. 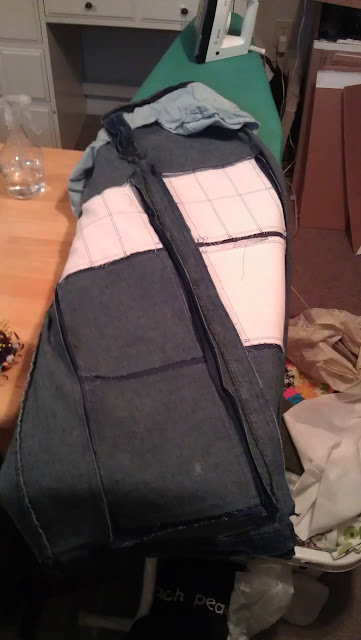 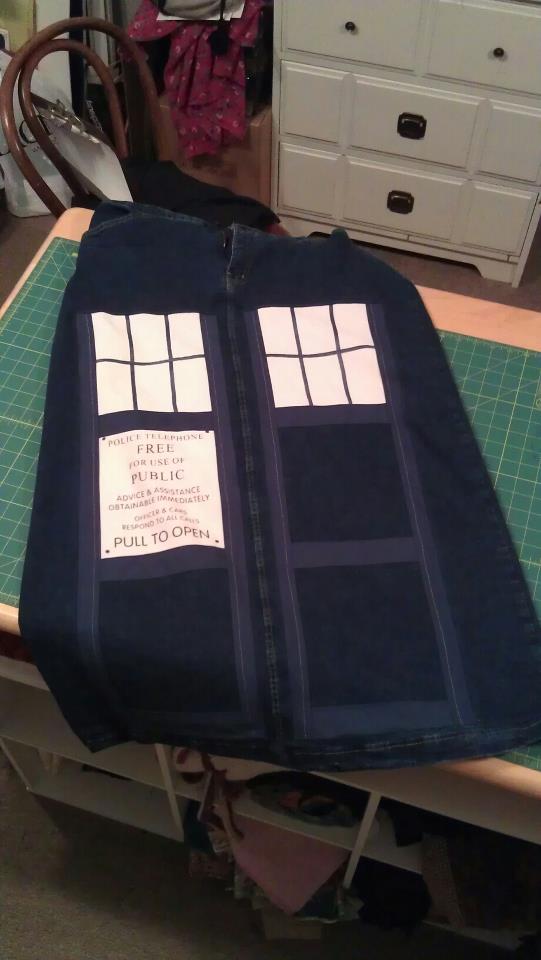 Now, showing my Doctor Who pride was great but I also love the horror section of the convention and I felt my other fandom was lacking.  And being that one of the people I was going to see there was Alan Tudyk, known more as Wash from Firefly, but more recently he and Tyler Labine made a comedic horror flick called Tucker and Dale vs EVIL.

So I decided last minute to throw together a little homage to my favorites. Here are some process shots....


All that's left are the zombie in the corner and Ash of Evil Dead as my top centre star.

Didn't finish it in time before the convention but I used it as is and still got some good responses on it.  Unfortunately it's remained in this state since then. Again, things got in the way. Hopefully I'll be able to sit down with it again soon.

That's it for the crafty side of things.  Next post will take us into October! (September was eaten by a visit from my mother and a lovely trip with her and my family to a lake house up north. A visit and trip who's photos I STILL haven't had time to go through and edit and clean up)

If you are of the geeky variety feel free to continue below for a few other things I saw at the convention.... 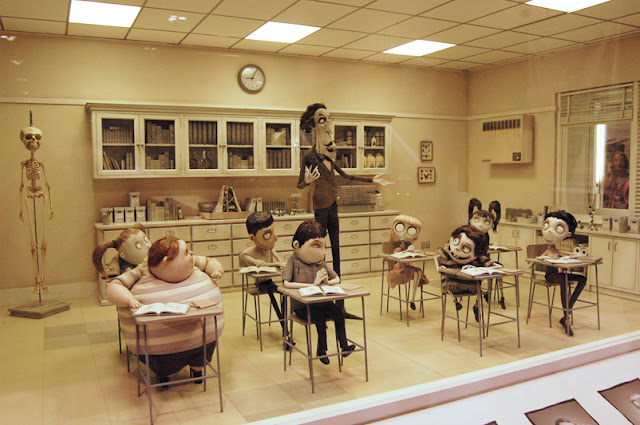 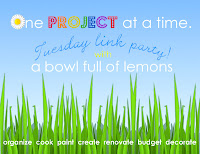