So! Apparently I need it to be hot more often!  Yesterday got warm enough, seeing as our AC is busted right now, that as soon as Little Badger woke from his first nap (around 10am) I whisked him away to the basement play room to help keep us both on the cooler side. 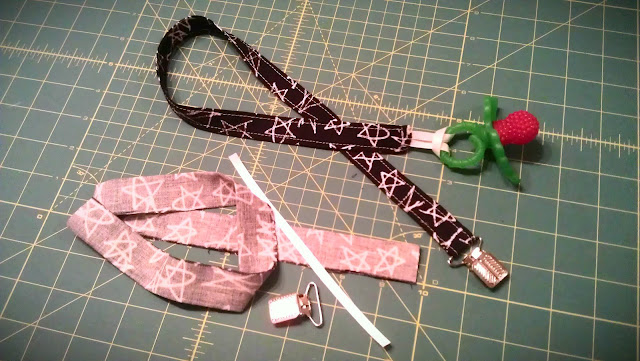 With plans to make a second one. But that clip ended up elsewhere as you'll see later.

And I cut out the fabrics to make these. . . 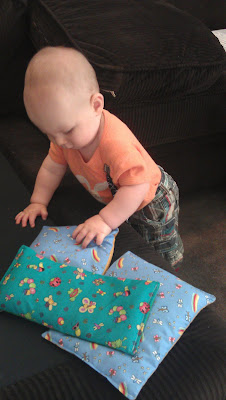 Then after nap, instead of his usual "I'm gonna scream and cry if you leave my line of site" he plopped down on the floor and engrossed himself in a pile of random rattles and rings and didn't seem to care where I was. I took the opportunity to sew up the flax seed filled pillows I'd just finished cutting. If you've never had one, these things are great for putting in the freezer and then on warm heads and backs and anywhere else you want cooled off. Maybe I'll call them Chilly Pillies?  Too weird?

I have and eye pillow sized one that I use on my eyes when they are tired and itchy. Really helps me get to sleep. So I decided to make a bunch of bigger ones for bigger parts of the body or maybe for Little Badger to hug when it's really hot in his room at night.

I managed to finish two of them before dinner and was just filling the third one right before he woke up post bedtime. (He's a frequent night waker.)

In between the first two pillows and the third one I ended up making something I was pretty excited about.  After sharing the Nuk Keeper I made on Facebook, a bunch of friends started throwing suggestions at me about needing something that holds bigger things.  So the gears started turning and soon as hubby got home I ran back to the art room and. . . 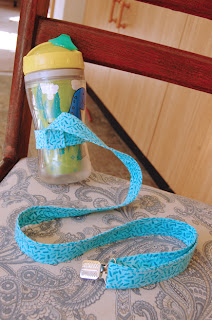 Hold many different kinds of things. . .

and tethers in 3 different ways!


Now, I fear I made it too long, but a quick knot in it shortens it up in a pinch. Might have to play around with length if I make another.

But I was productive and it felt good to get so much time at the machine. 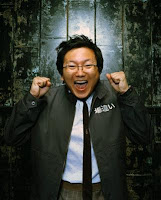 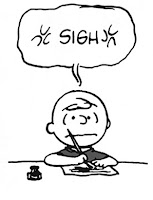