Today I learned some interesting things about Lyme Disease. Why was I doing that you ask?

Well today was the first 5K event for a locally started, but nationally effective, Cause Group for Lyme Disease suffers.

After hearing Kevin, president of lymeSavers, speak at the running room about the group and the event a few weeks ago, I decided to make a special Awareness bird in their colors for them and donated it to the silent auction they held at the event today. 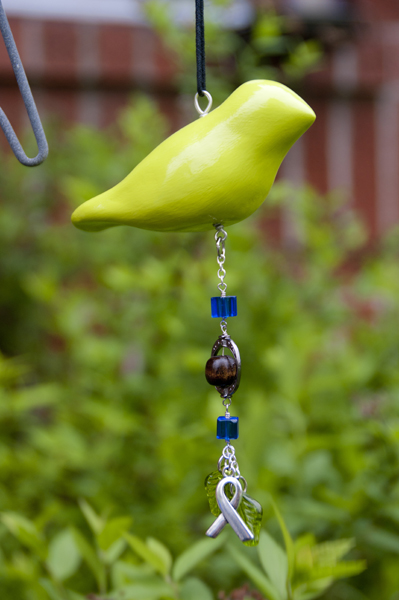 I was informed earlier today that the bird ended up going to the highest fundraiser and that it was much appreciated. I was very happy to hear that.

It's actually very interesting though that it seem, if you are Canadian, you're rather, well, screwed, (for lack of a better word) in terms of getting tested or treated for Lyme Disease if you have it.

It seems there are some funny laws about how long you're allowed to be treated, what color the tick has to be in order to test you, and the main test that is used here provides a lot of false negatives which lead the infected to not being allowed the better test.

So most of these people end up having to go to the states, where it's not covered and very very expensive. I was told because of the lack of proper diagnosing, many Canadians who suffer with lyme disease and no treatment often commit suicide because the illnesses it causes in the body are just too much to bare. Top that with the fact that Lyme Disease is known as "the great imitator" and that most doctors who have never seen it before often mistake it for everything BUT Lyme Disease.

These poor folk have it pretty rough.

Founded in February 2013, lymeSAVERS is not for profit organization dedicated to providing financial support to Canadians affected by Lyme Disease. Without the support of the Canadian healthcare system, many Lyme patients are forced to seek medical advice and treatment out of country. This results in high costs, with many patients receiving little to no financial compensation.
Our organization aims to provide eligible Canadians with bursaries in order to relieve the financial burden associated with this disease. Through various fundraising efforts and events, lymeSAVERS and its supporters hope to not only relieve financial stress but to raise awareness about this debilitating disease.


So I wanted to help at least a small bit.

For more information on Lyme Disease and lymeSavers visit: www.lymesavers.ca 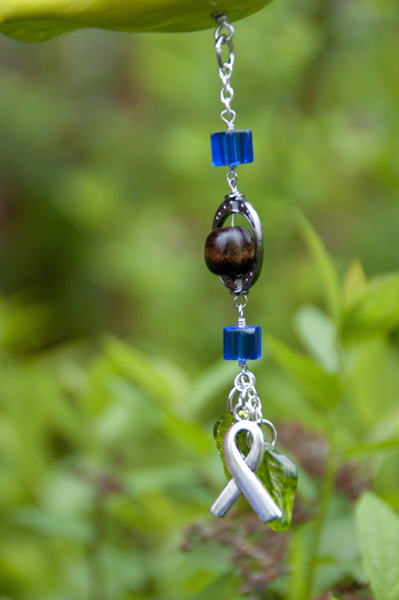 Linked up to help spread the Cause:

Posted by Joanna at 00:18
Labels: A Bird For Every Reason, awareness, birds, cause, charity, lyme, random acts