Sorry, what was I saying? Oh yeah, tumors.

So, I'm long over due to give you and update on the run, and the Jen.

So, you all remember the Spring Sprint I was going to be running in honor of my friend Jen?  I ran it!  And in 32.33 minutes!

Now it was a bit shorter than it was supposed to be when I went back and checked my mapmyfitness app.


I used to to record my time.  But when I checked it came to only 4.74k.  But that's ok.  I did the math and it would have only taken me about another 2 minutes to finish that last .26k. 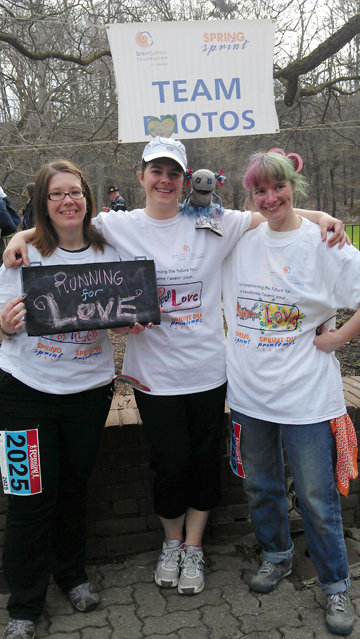 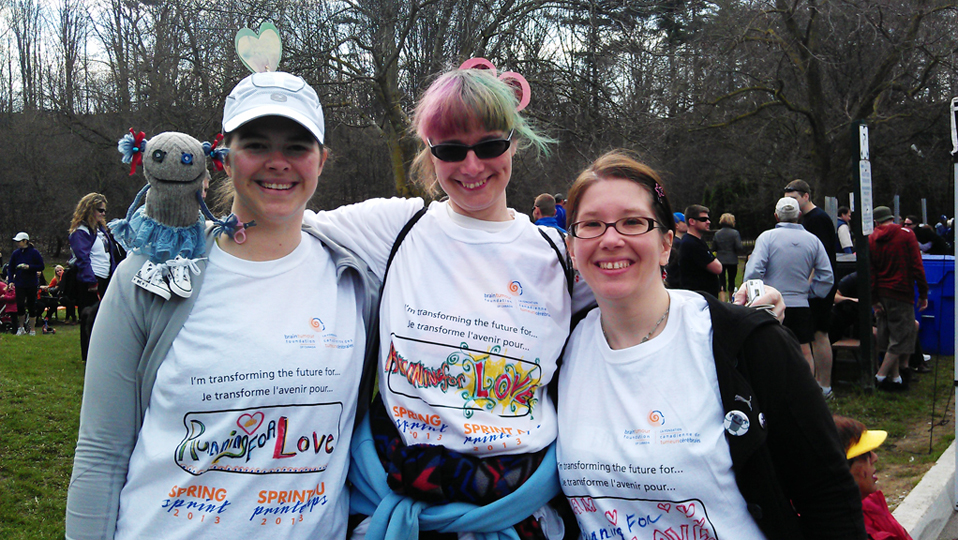 My two team members gave their best though they walked as I ran. But that's ok! We all show our support in our own way.


Even Puppet What What came to give her support! 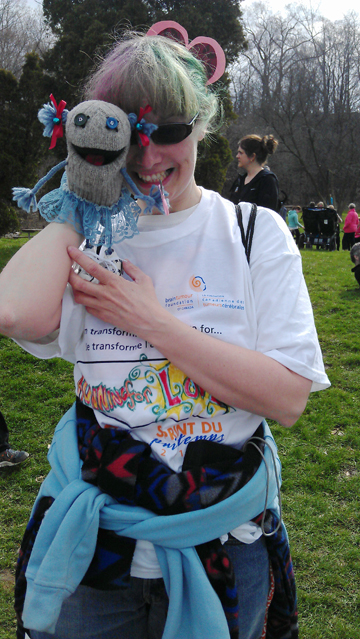 Complete with cute little running shoes! Though, she's not to bright, (being made of socks and all) and was caught running with scissors. . . 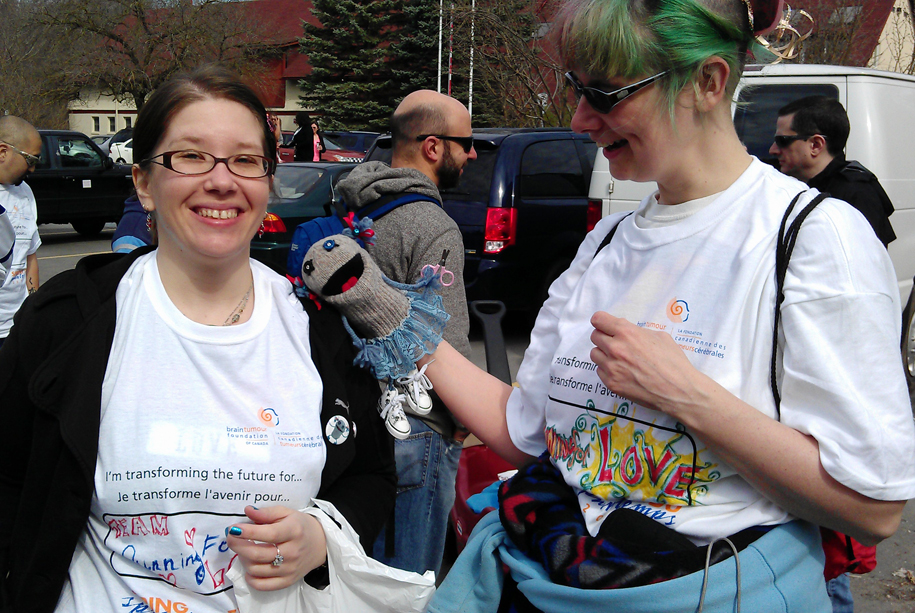 In all it was a really fun run and event all in a beautiful park.  It was a fun run so it was open to anyone and everyone. Definitely family friendly. 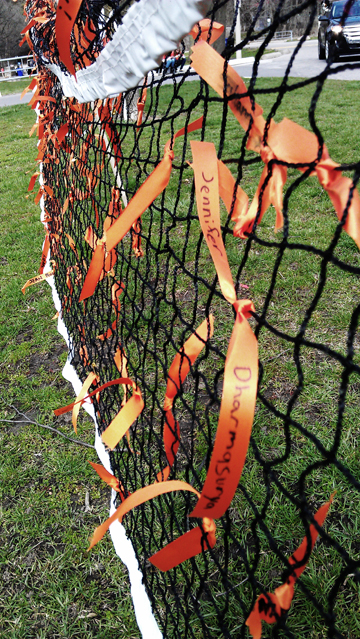 In total,  with Carla's help, I ended up raising a total of $420 for the Brain Tumor Foundation of Canada!   Thank you everyone who donated!!!!

So after the run is was time for more Jen time. She had gotten scary news about where the tumor was located. And they were suddenly rushing around trying to book her ASAP.  So I said we need to have a party! Cause you know, things like this require parties, right?

Before the party  I went to her house to attempt to cut her hair. She said she liked it though I think I should stick with A-line bobs as those are the only thing I've have success cutting.  :P 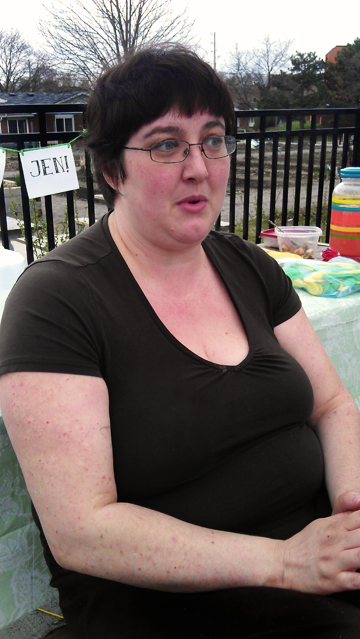 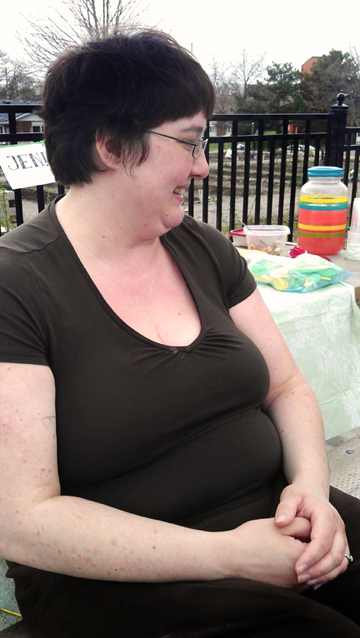 She said she wanted to cut her hair short before the surgery so there would be less shock when they shaved it all off.
Well with the help of a few of our friends I tried to plan a surprise party for her. It didn't quite go as planned and ended up just the 5 of us hanging out at a park with some food while our little ones played. 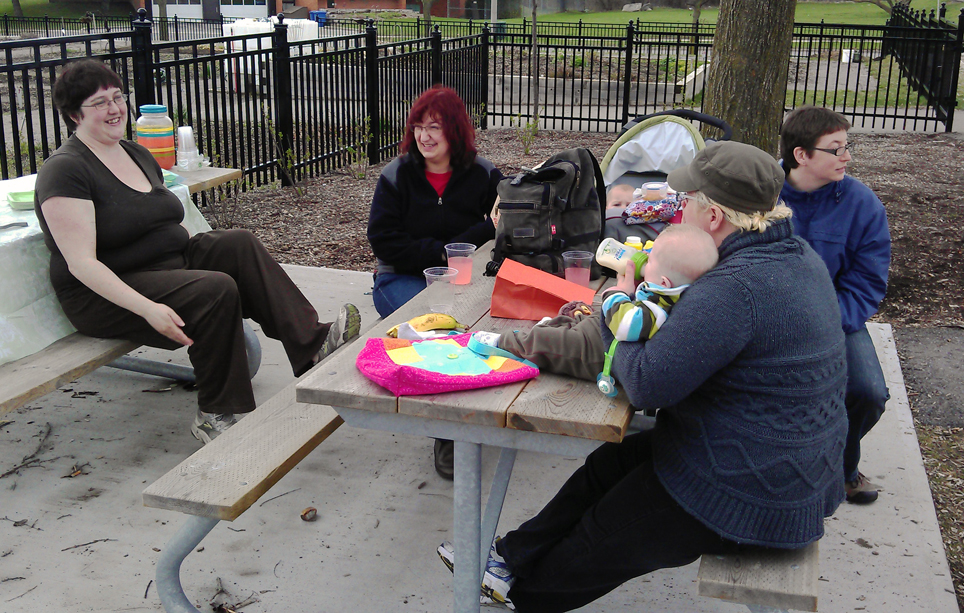 But it was time well spent and she was touched.  :)


The red head in the picture is Steph. She makes cakes for a living so when I ended up short on time and full of germs she grabbed a spare and make an awesome butter cream frosting for it! 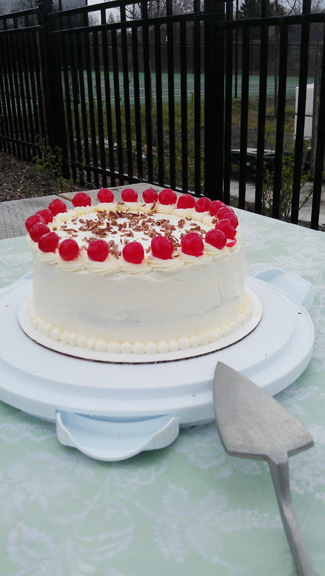 And remember that amazing giveaway Carla was doing to help me raise funds for my run?  The winner of the tote bag not only made the biggest donation when entering but then decided to pass her prize onto Jen!  Such a big-hearted lady! Turns out her life had also been touched by brain tumors in friends and family and so she wanted to give her something to brighten her day.   Jen loved it! 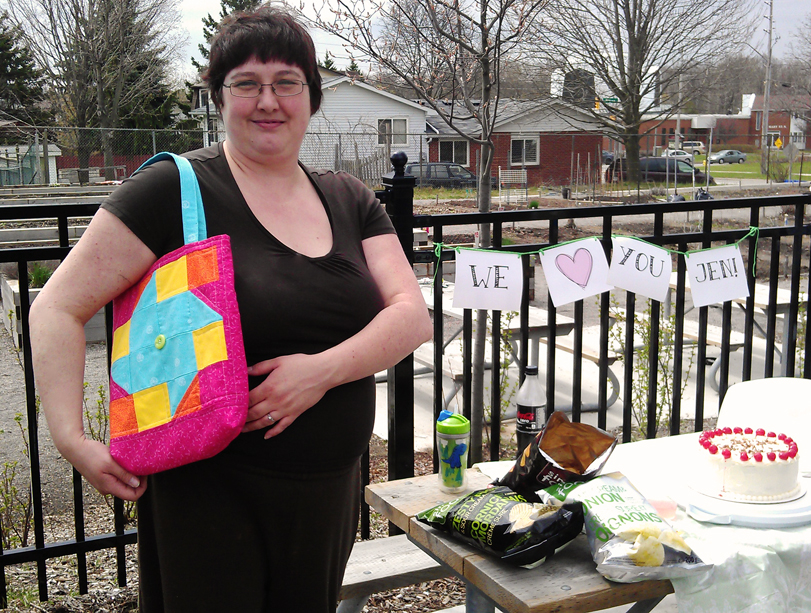 So that's where things are and I will leave you now with a personal message from Jen herself;

"Thank you all so much for your kind words and support! I have been overwhelmed by the love of complete strangers! The lady who won the bag graciously asked that it be given to me, and I absolutely love it! To follow up a bit further, my surgery date has been set for the 30th, and unless some further testing shows something urgent, that'll be the day of my craniotomy. If there is one thing I can't stress enough to everyone, it's that if you think something is seriously wrong, or if you're having some scary symptom or another, do not wait to bring it to your doctor. You never know what you might find!"