This is going to be a very personal post. No crafting involved. Unless you want to call it crafting a new me.  If you aren't looking for a long personal post then feel free to move on. I won't be offended.


So, last weekend I said it was the beginning of something new.  I called it 198.  198 pounds to be exact. That's how much I weighed Sunday morning.  I should have taken a picture of the scale but I didn't.  But here, have this one instead. . .

Yup. That's me. In all my pudgy glory.  (Ignore the word on the piece of paper, this is my picture from yesterdays weigh in at dietbet.com which I explain further down)

And here's where I'm at after one week of calorie counting, saying no to junk food, making healthier food and portion choices, and getting off my butt and getting some exercise. 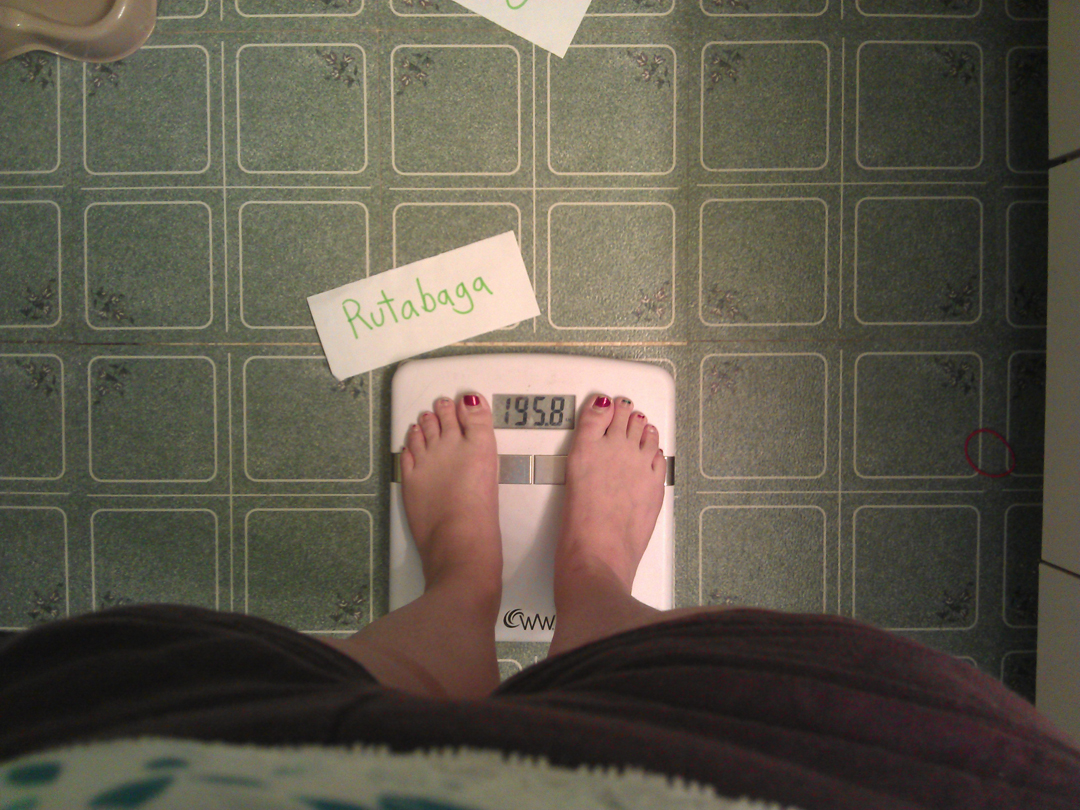 I have many reasons to want to lose weight.  Looks, self esteem, health.  But health is really the big one.  My blood sugars are a little wacky and I need to reign them in.  No, I'm not full diabetic. Not yet. But I am pre-diabetic (was left over after the gestational diabetes I developed when I was pregnant with Badger) and if I don't do something about it I will end up with type 2 diabetes. And the dietician I work with said that watching my carb intake and losing weight will be the best ways to keep that from happening.

On top of that we do want to add another little one to our family at some point. Since Badger was born I've tried and tried to lose weight but with his sleep being so poor I found it very hard to find time or energy to actually stick to anything.

Mix in the occasional illness, trip, holidays, various home and craft projects and I was finding every excuse in the book to not try.


Well enough is enough.  As of last week he is FINALLY, at 18 months old, sleeping through the night *knock on wood*.  I feel better, I'm getting caught up on house work, and I'm motivated.  Though I will admit,  part of that motivation came from a Huffington Post article with a collection of before and after weight loss success stories.

From that one you can access all the many other inspiring stories out there!  And after a week of reading them, I was ready to get my own goal back on track.

See, right after I had Badger, when I was tested and found out I was pre-diabetic, I said "I'm going to lose 50lbs by Badger's first birthday!"  Well I got half way there. I lost all my baby weight but got stuck where I started. I was 204 when I I pregnant. Was 240 going into the hospital and 230 coming out. By his first birthday I was 200 again. But there I have stayed.

So I decided, this would be the week to finally use that Zumba voucher I bought off of living social a months or so ago.  And then I also remembered hearing about the local run/walk meet up that takes place just down the street from me. (Really! Come warmer whether I could actually walk to the meet up as a warm up!)

They meet at a local sports store for runners twice a week and it's free.  So many people show up that I was overwhelmed the first time I went.  But the lovely lady running the Learn To Run clinic (on top of the free meets, the store also has clinics that you pay for to train specifically for a certain goal that ends in taking part in a marathon who's type, 5k, 10k, walk run whatever,  that goal meets) took me under her wing so to speak and said come with us! So I did. And we jogged 5 minutes, walked 1 minute, repeated 5 times in -15C (before windchill) windy weather!

I was so pumped from doing it and I felt so welcomed by the people in the group I decided this is my other.  This will be my thing I do, twice a week, for me. So now Sundays and Wednesdays I run with a lovely group of people.  Add the Zumba that will be once a week, plus swimming once a week with with Badger. I'm finally moving.

The other part is the calorie counting. I'm using a site called Livestrong (yes yes I know, he's all proven to be a liar and fake and whatever but it was just Daily Plate when I joined it and I really like how it works so. . .) and their My Plate feature to track calories in and out.  Helps me with my portion control since that's one of my biggest problems.

So, off to a good start right?  I then came across Shawn's story in the Huffington Post articles.

Which lead me to his blog 344pounds.com.

And it was there that I found out about www.dietbet.com.

It's simple, you join a game, pay the bet amount into the pot, send in a picture and starting weight (per their rules), then you have one month to lose 4% of your starting weight along with everyone else in the game you joined. Those that succeed by the end of the 28 days split the pot!  I figured, well, if I'm already planning on trying to lose weight. Maybe this will be a fun way to keep my motivated for the first few weeks (since those always seem to be the hardest when starting to create new habits or break old ones).

On top of that I'm making it public here.  I'm putting it out there for all to see.  I will try to post an update every Sunday. If I don't follow through with said weekly update on this, please feel free to yell some comments at me!

So there it is. All out there.  198lbs. Currently 195.8.  And here's hoping to some good progress over then next couple months.

Oh and as for my goal?  I have two right now.

From there, 170 by Badgers 2nd birthday.

Now, these aren't major goals like some people make.  But I'm making them light and pushing myself hard that way if I go over my goal I get a bit of a bonus.

This has been a big thing for me to put this all out here. If you've made it this far, thanks for taking the time to read it and be a part of this.


Till next time,
Have Love, Will Craft