We life hands you little sleep, you don't get much done...

So yeah. This is why I mentioned no promises to regular content.  Life gets distracting sometimes. my craft room went a few weeks untouched. But I finally manages to wiggle my way down there for a day a couple weeks ago.

That was back when I was talking about my RAOK and therandomact.org.  I mentioned a act that I was planning that I was working with them on.  So here it is along with my very first zipper pouch which I made to present my RAOK to my friend in. 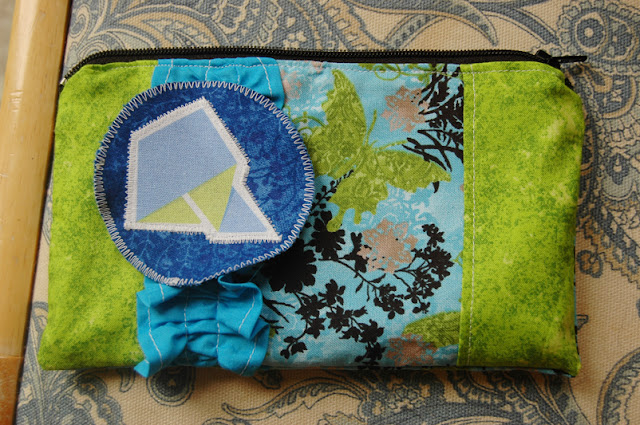 The patch you see there is the actual therandomact.org logo. I made the patch by using a tacky spray glue on a piece of card stock, letting it dry until it was JUST sticky enough to hold a piece of fabric to it but not enough to keep it glued or get any residue on the fabric.  So then I pressed the fabric firmly on to it and trimmed the edges to fit the card stock, then I simple printed the logo right on it from my computer and printer.

The colors came out a bit muted but still worked out pretty great.  Then I cut it out, zigzagged it onto one circle of fabric, then  zigzagged that to a second circle with a circle of heavy interfacing ironed onto it.  That gave it a bit of structure. 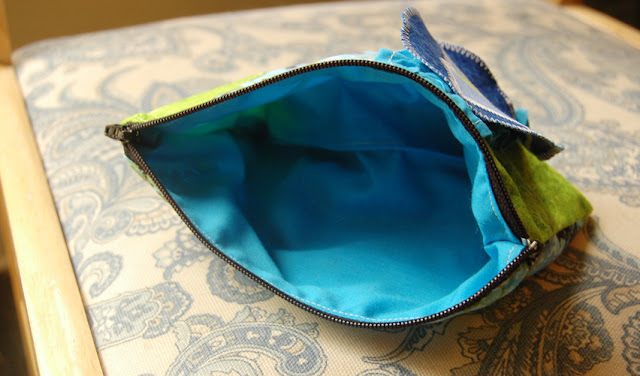 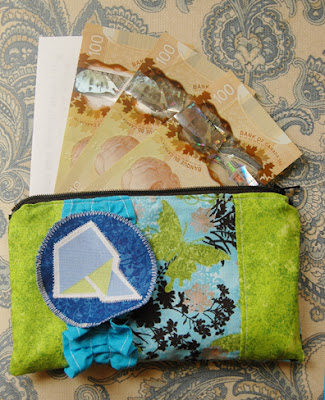 About the Act (I have her permission to share all of this publicly):

I have this friend who right now is going through a terrible mess of a time.  Trying to get a divorce from her verbally and emotionally abusive husband. Living in the basement of her house since she can't afford to move out right now and the only shelter is too far from her kids schools and her work.  Health issues in her lady parts. Mental health issues with one of her boys who has just been re-diagnosed from high functioning autism to Tourrettes syndrome and a few other things. He's undergoing a bunch of tests and they are messing around with his meds which is making him lose control more often than not right now.

Ad in social workers, shrinks, and children services in dealing with the verbal abuse (and let me tell you, I've heard it myself. She caught some on tape recorder once and played it for me. I cried and the next day booked a ticket to fly home to see my own mom. Seriously.)

Then top it off with lots of debt while working 2 min wages jobs and barely making enough to make her car payments let alone the bills her husband (who makes near 90,000 a year) is refusing to pay.

During all of this mess she has also lost about 50+ lbs between all the stress and the sudden decision to start eating healthier and to stop eating junk. So she had almost nothing that fit her anymore.  All her cloths were falling off of her and she couldn't afford new ones.

Well a couple months ago I saw a video about how therandomact.org helped a couple of single moms in Maine who were trying to get back on their feet. One by paying for part of the repairs on her broken down car, and the other by sending a $300 gift card for work and interview clothing.  So on a long shot, I sent them an email, they explained how it worked and a couple weeks later I had $300 to give my friend a bit of a moral boost via new clothes for her slimmer self.

This is the reason I have decided to start fundraising for therandomact and why I want so dearly to give back to them. They are a great site. Please check them out.

Once all of the shopping is done I'm hoping to put together a little video of the whole thing and she has given me permission to share it on here.


That's all for now.  Hopefully I won't take another couple months to make my next post. ;)